Your safety is always our top priority. Review Our Code of Responsibility, COVID-19 HERE

A warm and intimate tavern that invites friendly conversation and good cheer.

Have a drink and eat in style. Make your way down to be a part of the coolest scene in town.

The place to see and be seen. Seasonal waterfront dining in an open-air setting with a spacious deck overlooking Pleasant Bay and Round Cove.

The Verandahs at Twenty-Eight Atlantic

An integral component of the new waterfront and adjacent to twenty-eight Atlantic, the two-tiered venue is surrounded by beautiful stonework and overlooks the Grand Lawn and Pleasant Bay.

The place to see and be seen. Seasonal waterfront dining in an open-air setting with a spacious deck overlooking Pleasant Bay and Round Cove.

A warm and intimate tavern that invites friendly conversation and good cheer.

Thoreau’s is a club-like bar adjacent to twenty-eight Atlantic. Its warm ambiance is derived from leather tones, overstuffed chairs and a stone and granite fireplace. The intimate setting overlooks tranquil Pleasant Bay. Thoreau’s offers a unique menu, an extensive wine list, and a wide selection of martinis and specialty cocktails.

Have a drink and dine in style. Make your way down to be a part of the chicest scene in town.

LiBAYtion is a beachfront bar offering the best water views on Cape Cod under a fashionable pergola. Guests may enjoy the diverse menu featured at the Outer Bar & Grille. Open during summer months for lunch and dinner weather permitting. In the evening a schedule of live entertainment is featured.

The Verandahs at Twenty-Eight Atlantic

The Verandahs offer alfresco dining overlooking the Grande Lawn and Pleasant Bay on a two-tiered terrace surrounded by gorgeous stonework.    This venue is ideal for summer evenings when outdoor entertainment is featured.  The twenty-eight Atlantic menu is offered in this casually elegant setting.

Executive Chef James Hackney has helmed the culinary team at Wequassett for the past decade.  He may be credited with elevating the status of twenty-eight Atlantic to its coveted Forbes Five-Star status.  Originally from Leicestershire, England, Hackney was inspired to begin a career in the culinary world by working at his parents’ Garden Hotel, a quaint inn residing in the English countryside.  Prior to Wequassett, Chef Hackney served as Chef de Cuisine at Boston’s legendary L’Espalier and notable restaurants such as Blantyre in Lenox, Massachusetts, Charlie Palmer’s Aquaterra in Palm Beach, Florida. 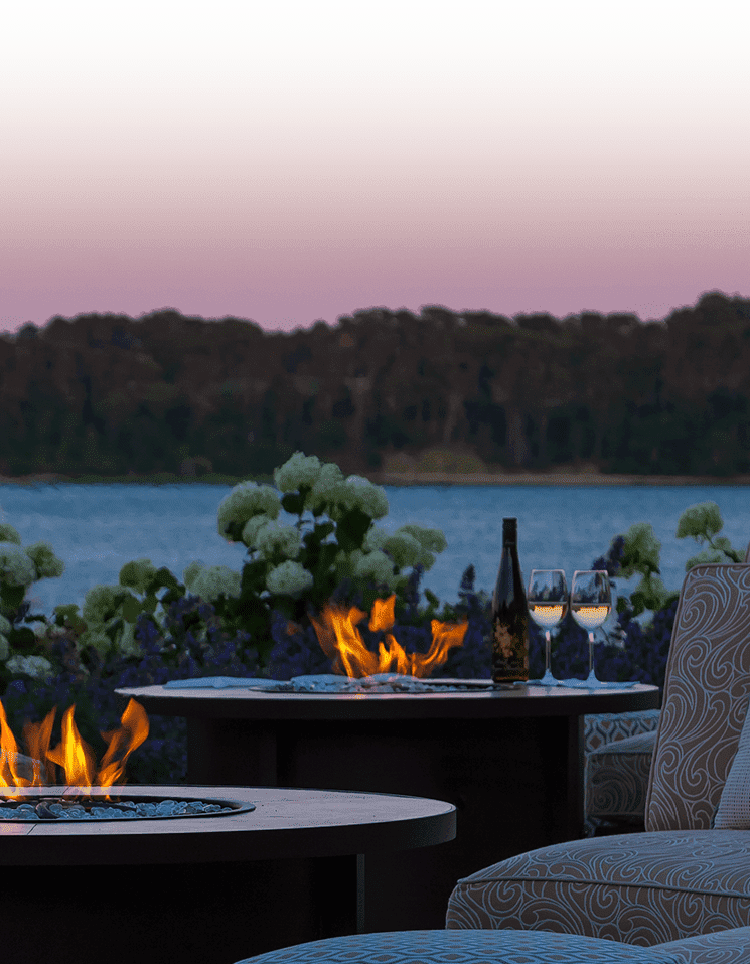